Fossil was founded in 1984 as Overseas Products International by Tom Kartsotis, a former Texas A&M University student living in Dallas from a suggestion by his older brother, Kosta Kartsotis, a merchandising executive at Sanger-Harris. Kosta told his younger brother about the potential large profits that could be made in importing retail goods made in the Far East, specifically in importing moderately-priced fashion watches.[1] Their main product was fashion watches with a retro look. In 1990, they introduced leather goods under the Fossil brand, and the Relic line of watches. 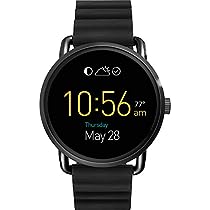